Missing Links America: Once Upon a Time in the West

The Europeanization of America

Russia to unveil its own plans at global summit

First, the $700 billion rescue for the economy was about buying devalued mortgage-backed securities from tottering banks to unclog frozen credit markets. Then it was about using $250 billion of it to buy stakes in banks. The idea was that banks would use the money to start making loans again.

But reports surfaced that bankers might instead use the money to buy other banks, pay dividends, give employees a raise and executives a bonus, or just sit on it. Insurance companies now want a piece; maybe automakers, too, even though Congress has approved $25 billion in low-interest loans for them. Three weeks after becoming law, and with the first dollar of the $700 billion yet to go out, officials are just beginning to talk about helping a few strapped homeowners keep the foreclosure wolf from the door.

As the crisis worsens, the government's reaction keeps changing. Lawmakers in both parties are starting to gripe that the bailout is turning out to be far different from what the Bush administration sold to Congress. In buying equity stakes in banks, the Treasury has "deviated significantly from its original course," says Alabama Sen. Richard Shelby, the top Republican on the Senate Banking, Housing and Urban Affairs Committee. "We need to examine closely the reason for this change," said Shelby, who opposed the bailout.

The bailout is now the hottest lobbying game in town
NATURALLY!

Unscrupulous Manipulation of the US Financial Architecture

Ready for an American Stalin?
Ready or not...here he comes! US trains Iraqi bureaucrats how to spend oil riches

The U.N. prays for an Obama win

US Foreign Aid to those that hate us

In Syria, the official press said Sunday's attack -- which the authorities say left eight civilians dead, including four children -- was a "war crime" by the administration of US President George W. Bush.

US raid in Syria spooks Iran

Police to take fingerprints on streets of UK

BBC walks on eggshells among Muslims

Only 4% of the total population of American adults have a biblical worldview, and only 9% of so called born-again Christians in America hold a truly biblical worldview.
Given the nature of the query the 4% does not include American Jews. But my guess is if they had been polled and included it would only have brought it to 4.5% or 5% max. Also I think the 9% is high, my feeling is it is less than that in reality.

President Bush's statement that Muslims and Christians both worship the same God because they both believe in one God may be politically correct but it is theologically and philosophically wrong.

Islamic Leaders to Non-Muslims: Do not Question Islam

India and Russia to cooperate in nanotechnology research

Casual anti-Semitism in the Yemen Times 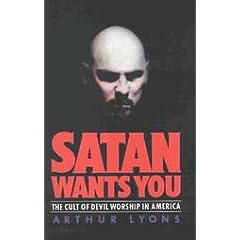 Dr. Rashid and Mr. Khalidi
Professor Rashid Khalidi is the newly-seated incumbent of the Edward Said Chair in Arab Studies at Columbia University:

By God, I say that the participation of the sons or daughters of the Arabs in the plans and affairs of this institute is a huge error, this Israeli institute in Washington, an institute founded by AIPAC, the Zionist lobby, and that hosts tens of Israelis every year. The presence of an Arab or two each year can't disguise the nature of this institute as the most important center of Zionist interests in Washington for at least a decade. I very much regret the participation of Arab officials and non-officials and academics in the activities of this institute, because in fact if you look at the output of this institute, it's directed against the Palestinians, against the Arabs, and against the Muslims in general. Its products describe the Palestinians as terrorists, and in fact its basic function is to spread lies and falsehoods about the Arab world, of course under an academic, scholarly veneer. Basically, this is the most important Zionist propaganda tool in the United States. 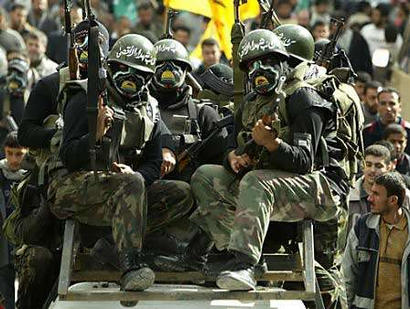 The Palestinians:
No, they are not any ancient people, but claim to be. They were born in a single day, after a war that lasted six days in 1967 c.e. If they were true Canaanites, they would speak Hebrew and demand from Syria to give them back their occupied homeland in Lebanon, but they are not. If they were Philistines, they would claim back the Isle of Crete from Greece and would recognize that they have nothing to do with the Land of Israel, and would ask excuses to Israel for having stolen the Ark of the Covenant.


Ennio Morricone
Soundtrack for "Once Upon a Time in America"
Main Theme ~ Reprise
btw this is one of my all time favorite films
Posted by BabbaZee at 10:22 AM