A couple few days ago Andre asked me what I thought of the EDL. I told him I hadn't read enough about it yet to give him a cogent answer. Well, now I have.

Back in 2007 when I did the research on the VB I kept stressing to people that this sort of stealth entryism of racist nationalists and neo nazis into the legitimate anti-Islamist movement was turbo powered by the jihad itself, that it would rise on jihad's wings, that the jihad itself would conceal their real intent, blind you to them on that level. Which would then give them the opportunity to wear us like a beard.

It is doing just that. The fact that commies, assholes, shitheads and freaks of all description also decry these groups, and people we have known and in many cases respected now support them, is ancillary to the facts and is no reason to dismiss the reality of this situation. The fact that some people with good intentions are being used as dupes and useful idiots is no reason to ignore the truth. The fact that thousands of helpless regular Joes have no one else to turn to and so support and buy into their bullshit is also no reason to give it a pass.

Here is a small sampling of the reading I have been doing on the EDL:

Despite the failure of the first large event, the League insists it will continue to hold demonstrations. Comments on the group’s website, and the affiliated football hooliganism site Casuals United said that the next one would be bigger. One message on the Casuals United site read: “We will arrange it via the Inner Circles secret forums, so we will arrive unannounced and neither the police or the scum will know any details.”

The English Defence League (also known as the EDL)

is a British political group whose professed aim is to oppose the spread of Islamism, Sharia law and Islamic terrorism in the United Kingdom.The group has organised various protests in the United Kingdom. The BBC states that the group leads "anti-Muslim extremism" demonstrations, grew out of the football casual movement, and is organised around figures in hooligan "firms". The League states that it opposes only "jihadists", rather than Muslims as people, although members were reported to have chanted "We hate Muslims" at pro-Palestinian demonstrators at counter-demonstrations in London on 13 September 2009. Oh look...they are wearing hoods.... Charming. And Paul Ray is "Lionheart" - the drug dealing con man bullshit artist darling of the pro-VB crowd. His links to the BP are being severed cleanly as I write this.

The EDL has been at pains to stress that it is non-racist and opposed to Islamic extremism. However, its website states that "we are the infidels", suggesting animus against all Muslims, and far-right elements have shown up at protests held by the group in Luton and Birmingham.

The group's website was set up by a BNP activist, and Paul Ray - who was a leading figure in directing football supporters' "firms" into "anti-extremist" protests - maintains that the BNP's racism is residual and that God is in the process of guiding it into a non-racial nationalism. Ray's pro-BNP views meant that American conservatives such as Phyllis Chesler, who had initially championed him after his arrest last year, quickly dropped him (although Pamela Geller remains supportive).

A bitter feud with Charles Johnson of Little Green Footballs followed, with Ray accusing Johnson of being "the equivalent of a Second World War Nazi collaborator who would have been shot because of his treason". Ray has also appeared on an American radio station claiming that the word "Paki" is just a neutral term like "Brit" or "Aussie", and that only Islamic extremists claim otherwise; however, everyone in the UK knows it to be a very offensive term of racial abuse. Ray has since fallen out with other EDL leaders, and he is now detached from the movement.

The English Defence League emerged from the angry scenes in Luton last March when a group of Muslims protested as the Royal Anglian Regiment paraded through the town on its return from Afghanistan.When a counter-demonstration under the name of United People of Luton led to arrests, local football supporters decided something should be done

They found common cause with other "soccer casuals" and "firms" associated with major clubs. The chatter concluded that this was a national problem and they had to put aside club rivalries. Things really took off after the same Islamist group "converted" an 11-year-old boy in Birmingham city centre in June. That incident caused a minor tabloid furore - but a greater reaction on the net, particularly on websites and forums associated with football violence and far-right activity. By the summer there were English Defence League "divisions" run by football supporters in Luton, north London, Bristol, Portsmouth and Southampton, Derby, Cardiff and the West Midlands.

The British National Party has distanced itself from the EDL, but anti-racism campaigners have named party activists they have photographed at demonstrations. They add that some demos have included people with a record of football violence.

Well then.... if the BNP has disowned them.... they gotta be either
A) their muscle, and this is the agitprop CYA denial
or
B) their rival
or
C) their muscle, now perceived as a liability or a rival and must to be destroyed, there are more hooligans where these came from, it is a cycle with the BNP they wear out muscle like socks.

The British National Party has declared the “English Defence League” a proscribed organisation and it will be a disciplinary offence for any party member to be involved with that group.

Stormfront is with the EDL all the way - except for that Israeli flag shit
Although a few posters try to support it, but it is only because the Jews are not annoying them at this moment.... 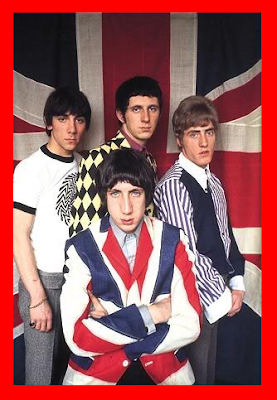