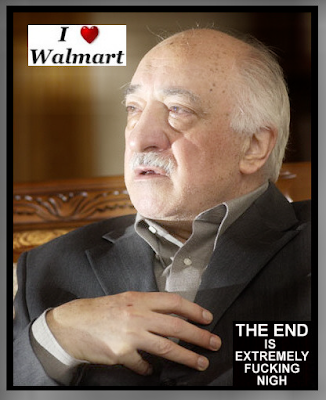 The Walton Family Foundation is shelling out millions to fund charter schools with alleged ties to militant Islam throughout the country. At the schools, which have been “inspired” by Imam Fethullah Gulen, students are immersed in Turkish customs, rituals, and language.

They take part in so-called “Turkish Olympics” and are encouraged to make annual pilgrimages to Istanbul and Ankara. The schools allegedly foster the dream of the restoration of the Ottoman Empire and dismiss all accounts of the Armenian Christian holocaust as fanciful myths.

According to Stephen Schwartz of the Center for Islamic Pluralism, the students at the Gulen schools are also stepped in the tenets of militant Islam so they may be of serve a role in the re-establishment of the Ottoman Empire and the extension of shariah (Islamic law) throughout Europe and the United States.

Many of the teachers at these schools are Turkish émigrés with questionable credentials. Some possess H-1B non immigrant visas which should only be granted to individuals who possess “highly specialized knowledge in a field of human endeavor.” The female faculty members appear in their classrooms wearing hijabs and traditional Islamic attire. Rachel Sharon-Krespin writes:

“His (Gulen’s) followers target youth in the eighth through twelfth grades, mentor and indoctrinate them in the ışıkevi, educate them in the Fethullah schools, and prepare them for future careers in legal, political, and educational professions in order to create the ruling classes of the future Islamist, Turkish state.”

Even more telling is a comment from Nurettin Veren, Gulen’s right hand man for 35 years, who says:

“These schools are like shop windows. Recruitment and Islamization are carried out through night classes."

The Walton Family derived its vast fortune – - estimated at $89.5 – - from Sam and Bud Walton, the founders of Wal-Mart. In California, the Walton Family Foundation has donated approximately $1 million to the Magnolia Science Academies that have been “inspired” by Gulen and his movement. Similarly, the Waltons have provided sizeable checks to similar Gulen charter schools, including the Indiana Math and Science Foundation which received $230,000 in 2007.

The Gulen-inspired schools have also received more than $10 million from Bill Gates of Microsoft fame, and nearly $1 billion in federal and state funds. Fethullah Gulen has been labeled “the most dangerous Islamist on planet earth.”

In 1998, he fled his native Turkey to escape arrest on government charges that he sought to overthrow the secular Ataturk government. With his vast fortune – - estimated by the U.S. Justice Department to exceed $25 billion – - Gulen found refuge in Pennsylvania, where he established a mountain fortress on 45 acres of land in the rural community of Saylorsburg. From Saylorsburg, Gulen worked to transform the secular government of Turkey into an Islamic Republic under the Justice and Democratic Party (Adalet ve Kalkinma, AKP)- – a party under the Gulen’s control.

~ Transmitted by Dr. Williams’ Blackberry while on a secret assignment.

ISTANBUL: Controversy continues over a book written by the chief of police in Eskisehir province about Turkish religious leader Fethullah Gülen’s congregation and its infiltration of state organizations and the Interior Ministry has opened an inquiry into the work.