3 Wood's glass is half full, I look through it darkly~

Annie Lennox
Through The Glass Darkly 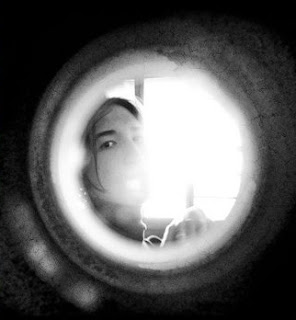 For those focused on the market, we had one of our biggest gains yesterday:

Stocks in massive rally to bring Dow above 9,000

"NEW YORK (MarketWatch) -- U.S. stocks blasted higher Tuesday afternoon, wiping away a week's worth of steep losses, as the Dow Jones Industrial Average jumped nearly 900 points - its second biggest daily point gain ever - as bargain hunters flooded the market. Surging as much as 906 points just moments head of the close, the Dow industrials settled at 9,065.36, up 889.59 points, or 10.9%. With a notable late-afternoon "lack of selling pressure, the buyers began to ride in on their horses, and that brought in some additional buyers and short-covering," said Robert Pavlik, chief investment officer at Oaktree Asset Management. All of the blue-chip index's 30 components advanced, two-thirds tallying double-digit gains, with Alcoa Inc, gaining the most up 19.3%."

Now, before we all start singing Happy Days are Here Again, understand that a lot of the gains today were made by short sellers who closed out their positions as soon as they saw that the market was likely to trend up today. There actually was no "good news" to support such a rise today, and I would expect that you will see a drop tomorrow as the short sellers will come back to the market and try to drive prices down some more.

But the bigger picture is that the market is starting to settle down a bit. Again, I think we will have a recession for 6 to 9 months and things will start taking off late in 2009, just as long as we do not have Marxist in the White House.
~ 3 Wood

Seems to me that American Marxism has already begun and the guy I voted for begun it. If Obamanable Snowjobman takes power he will merely mire us more deeply in it. And so will McCain, only more covertly, and a maybe bit more slowly. But it's only socialism when THEY do it, right? Far as I am concerned we are up Trotsky Creek no matter who gets the freakin' paddle now.
~ The Spleen