Talking Heads
Burning Down the House

Way back in the good old days, September 2008 it was.. right before the USA became the USSA, this uneducated former realtor posted a wacky idea for solving the housing crisis right here on this very blog.

Instead of foreclosing, the banks should let underwater homeowners start paying market rent in return for turning over the deed to the bank, therefore saving them the trouble and expense of foreclosing.

The homeowners would become renters, saving their credit and saving money, market rent being much less than their mortgage payment in most cases. The bank would have a performing asset that might recover in value rather than an empty house to be dumped at a fire sale price. And everybody else in the neighborhood wins, with one less foreclosure on the market to drive down the value of their house.

Then I forgot all about it. Until I saw this in the New York Times a few weeks later:

But recently a proposal came across my desk that I believe is so smart, and so sensible, that I hope our nation’s policy makers will give it a serious look. It comes from Daniel Alpert, a founding partner of Westwood Capital, a small investment bank. I have quoted Mr. Alpert frequently in recent columns, because he has been both thoughtful and prescient on the subject of the financial crisis.

Here’s his idea: Pass a law that encourages homeowners with impaired mortgages to forfeit the deed to their lenders but allows them to stay in the homes for five years, paying prevailing market rent. Under the law Mr. Alpert envisions, the lender would be forced to accept the deed, and the rent. After five years, the homeowner-turned-renter would have the right to buy the home back, at fair market value, from the lender.

There are so many things I like about this idea that I hardly know where to begin. Let’s start with the fact that it doesn’t require a large infusion of taxpayers’ money. Indeed, it doesn’t require any government money at all. It also doesn’t let either homeowners or lenders off the hook, as many other plans would. The homeowner loses the deed to his home, which will be painful. The lending institution, in accepting prevailing market rent, will get maybe 60 or 70 percent of what it would have gotten from a healthy mortgage-payer. (Rents are considerably lower than mortgage payments right now.)

That will be painful too. Moral hazard will not be an issue.As Mr. Alpert told me the other day, his proposal “admits the truth: the homeowner doesn’t have equity, and the lender has taken a loss. They should exchange interest, but not in a way that throws the homeowner out in the street.”

Doh! The fact it doesn't involve massive federal spending is probably the reason this idea has gotten no traction in the MSM or the halls of government. Instead, what do we have on the table? More bailout programs that actually reward the scam artists and encourage solvent homeowners to start skipping payments in order to get on the bailout train. All this does is accelerate the downward spiral while burdening our descendants with an unimaginable amount of debt.

Right now, 3% of American mortgages are in foreclosure and another 7% are behind. The numbers get worse every month as more money is thrown at the banks in the delusional belief that looser credit will solve a crisis brought on by loose credit. And more and more homeowners decide that skipping a few payments is in their best interest.

Want proof? More than half of the delinquent homeowners who modified their loans this year have already defaulted. According to the new U.S. Comptroller John Dugan, 53% of borrowers with loans modified in the first quarter and 51% with second-quarter modifications are already behind on payments.
And the more things "change", the more they will stay the same apparently.

Timothy Geithner, head of the New York Fed, is Obama’s Treasury-secretary designate. Obama’s encouragement is important for the program to proceed because the Treasury doesn’t want to start projects that could be abandoned after January, a Bush administration official said. The proposal, now on a fast track at the Treasury, would be the most comprehensive government effort yet to stimulate the housing market. It would accelerate the decline in mortgage rates already sparked by a Fed commitment to buy $600 billion of debt linked to home loans.

“This proposal is all about putting out the fire,” said Mayer, real-estate professor at Columbia in New York who is a visiting scholar at the New York Fed. “There is nothing else on the table that even has the possibility of preventing a large, further decline in house prices.” 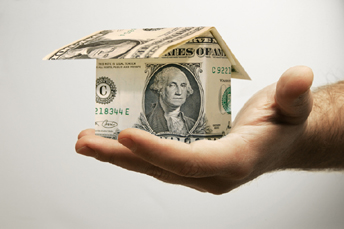 Towards the end of the article, Professor Mayer makes perhaps the most idiotic statement in the history of the housing crisis: “there is no evidence whatsoever that reducing foreclosures will help house prices.”

Hey Chris! Where do you live? Take it from this college dropout and ex-realtor. If the house next door to you goes into foreclosure and sells at 50% of mortgage value, your house price is going down too. That's what happening right now in more and more areas. The government could provide 0% mortgages at a cost of multi- trillions and it will not stop the bleeding because foreclosures will STILL be flooding the market and driving down prices.

It's time to stop this madness. If you want to save America, please read the details laid out here and help spread the word about what Daniel Alpert calls the Freedom Recovery Plan. It could be our last, best hope to avoid the economic Armageddon our rulers and so-smarts seem hell-bent on bringing on.
~ Q-Burn
Posted by BabbaZee at 11:12 AM