Missing Links: Who's the Bus Driver?

Turkey Ready to Mediate Talks Between US and Iran
WHO YOU GONNA BELIEVE? YOUR OWN EYES, OR ALL THIS SWEATY MONEY?
Saudi Arabia is sponsoring a two-day United Nations conference in New York to promote interfaith dialogue to improve the image of Islam as a religion that favours dialogue over violence

Bush, other leaders to promote Muslim-Christian dialogue at UN

They just pulled this Da'wa BS in Spain in July BTW:
This One World Koom Bah Humbug Da'Wa to the Dhimmi ~Ism Conference in Al Andulus brought to you by Jihad Inc.

The U.S.-Saudi Arabian Business Council (USSABC), in collaboration with the Virginia Economic Development Partnership (VEDP), the authority responsible for the promotion of economic expansion within the Commonwealth of Virginia, will lead a delegation of Virginia companies on a business development mission to Saudi Arabia, November 15-17, 2008.
This is the second mission to Saudi Arabia that the USSABC has organized this month

‘Apartheid’ Israel, Islamophobia on the Agenda for UN Racism Meeting

Rahm Emanuel, in the early 90's, was one of the people who helped financially put together Bill Clinton's campaign. Emanuel personally orchestrated the famous Yitzhak Rabin – Yasser Arafat hand shake at the White House in September of 1993

Foreign media blocked from Gaza for a week

Ban Ki-moon very sad Israel has not been destroyed yet 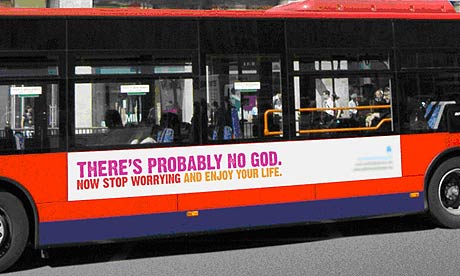 The Atheist Bus in DC
If you remember this "bus campaign" started in the UK a couple weeks ago:
All Aboard the Atheist Bus!

MP praises Muslims for "bringing back faith to UK"

U.N. American Agenda
Nobody is happier about the election of Barack Obama to the Presidency of the United States than the folks at the United Nations. It is as if they finally discovered kryptonite, and Superman will soon be disabled.

THE WAR FOR THE WORDS IN YOUR MOUTH:

UK: Politically correct language is hampering the fight against terrorism, a Whitehall report warned yesterday. Town halls and other public sector bodies were told by ministers last year to replace the phrase ‘terrorist attacks’ with ‘anti-Islamic activity’. They were urged not to refer to ‘extremism’ and instead talk about ‘community resilience’.

CA: The work of Gayhadists?

Will we wake up to discover that America is now a bit player in a “New World Order” dominated by China, rich Arab nations, and international institutions?

...the Treasury Department is planning to implement aspects of Islamic banking in the U.S.

WELCOME TO THE BOOK OF REVELATION. HAVE A SEAT. SOMEONE FROM OUR FERAL JEWTIAN DEPARTMENT WILL BE WITH YOU MOMENTARILY.