India Says: Mumbai attack in part a CONSEQUENCE of "the war of terror"

But what angered Mr D'Souza almost as much were the masses of armed police hiding in the area who simply refused to shoot back. "There were armed policemen hiding all around the station but none of them did anything," he said. "At one point, I ran up to them and told them to use their weapons. I said, 'Shoot them, they're sitting ducks!' but they just didn't shoot back."

New Guinea has given up one of its darkest secrets - the systematic slaughter of every male baby born Oh my, how very ............. BIBLICAL

Speaking of Biblical ~ MARCEL:
The Yoke Around Israel's Neck

The UN's obsession with demonizing Israel

Pirates Must Be Blown Out of the Water

Over 3,000 Dead From Cholera in Zimbabwe

A new Russian computer game called "Confrontation -- Peace Enforcement," which simulates a new war between Russia and Georgia, is due to appear in shops in December. In the game, NATO member Poland supports an effort by Tbilisi to take back the breakaway South Ossetia region, while Ukraine blockades Russia's Black Sea Fleet in Sevastopol. Russia then launches an attack on Georgia in response. On 12/4, Vladimir Putin will answer all your questions

Like clockwork, when the frosts and first snows arrive in Ukraine, Gazprom starts talking about Ukraine's gas debts. The debts become veiled threats, then the veil slowly comes off and the Russians turn the gas off. As they once did in 2006, terrifying Europe more so than Ukrainians, who somehow always manage to find ways of keeping warm I find this headline hysterical:
Putin's Intentions Debated After Shift on 4-Year Term
Ya...OK... g'head ~ debate the obvious, we have nothing better to do

Medvedev and Chavez in nuclear deal

Corridors of Power: The G-20, Future Energy, and the IMF
"The Americans didn't appreciate Nicolas Sarkozy's explanation that the summit was being held [in the United States] because that was where the crisis originated" 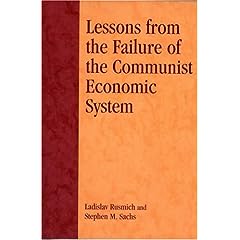 A Fistful of Euros - A Realignment is Coming

Obama Asks Gates To Stay On As U.S. Defense Secretary
NATURALLY. Do you begin to understand yet?

"From ME" (Obama redefines change)

The Return of the Gay Penguins

Billy Preston on the Midnight Special ~ 1973
Will It Go Round in Circles
Posted by BabbaZee at 10:04 AM