The Wilde Knight Is Calling 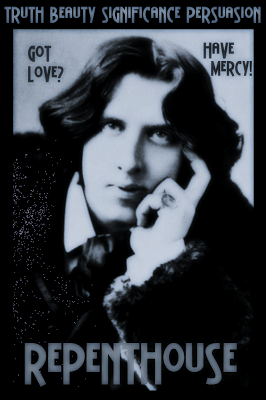 Of course the sinner must repent. But why? Simply because otherwise he would be unable to realise what he had done. The moment of repentance is the moment of initiation. More than that: it is the means by which one alters one's past. The Greeks thought that impossible. They often say in their Gnomic aphorisms, 'Even the Gods cannot alter the past.' Christ showed that the commonest sinner could do it, that it was the one thing he could do. Christ, had he been asked, would have said - I feel quite certain about it - that the moment the prodigal son fell on his knees and wept, he made his having wasted his substance with harlots, his swine- herding and hungering for the husks they ate, beautiful and holy moments in his life. It is difficult for most people to grasp the idea. I dare say one has to go to prison to understand it. If so, it may be worth while going to prison. 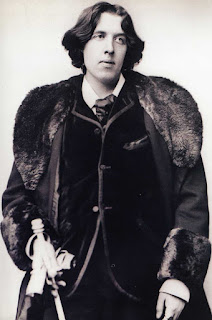 The wild animals honor me,
the jackals and the owls,
because I provide water in the wilderness
and streams in the wasteland,
to give drink to my people, my chosen...
~  Isaiah 43

Christ's place indeed is with the poets.
~ Oscar Wilde  De Profundis
Posted by BabbaZee at 4:00 PM