In The Lap Of The Gods 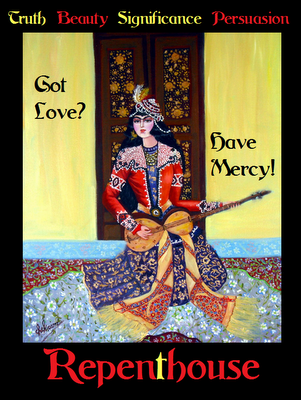 This is what Cyrus king of Persia says:
‘The LORD, the God of heaven,
has given me all the kingdoms of the earth
and he has appointed me
to build a temple for him
at Jerusalem in Judah.
Any of his people among you may go up,
and may the LORD their God be with them.’”
~ 2 Chronicles 36

In the name of Ahuramazda, the Creator of Life and Wisdom.

In your letter you summon us Iranians to your god whom you call “Allah-u-Akbar”; and because of your barbarity and ignorance, without knowing who we are and Whom we worship, you demand that we seek out your god and become worshippers of “Allah-u-Akbar”.

How strange that you occupy the seat of the Arab Caliph but are as ignorant as any desert roaming Arab! You admonish me to become monotheistic in faith. Ignorant man, for thousands of years we Iranians have, in this land of culture and art, been monotheistic and five times a day have we offered prayers to God’s Throne of Oneness. While we laid the foundations of philanthropy and righteousness and kindness in this world and held high the ensign of “Good Thoughts, Good Words and Good Deeds”, you and your ancestors were desert wanderers who ate snakes and lizards and buried your innocent daughters alive.

You Arabs who have no regard for God’s creatures, who mercilessly put people to the sword, who mistreat your women, who attack caravans and are highway robbers, who commit murder, who kidnap women and spouses; how dare you presume to teach us, who are above these evils, to worship God? You tell me to cease the worship of fire and to worship God instead! To us Persians the light of Fire is reminiscent of the Light of God. The radiance and the sun-like warmth of fire exuberates our hearts, and the pleasant warmth of it brings our hearts and spirits closer together, that we may be philanthropic, kind and considerate, that gentleness and forgiveness may become our way of life, and that thereby the Light of God may keep shining in our hearts.

Our God is the Great Ahuramazda. Strange is this that you too have now decided to give Him a name, and you call Him by the name of “Allah-u-Akbar”.

But we are nothing like you. We, in the name of Ahuramazda, practice compassion and love and goodness and righteousness and forgiveness, and care for the dispossessed and the unfortunate; But you, in the name of your “Allah-u-Akbar” commit murder, create misery and subject others to suffering! Tell me truly who is to blame for your misdeeds? Your god who orders genocide, plunder and destruction, or you who do these things in his name? Or both? You, who have spent all your days in brutality and barbarity, have now come out of your desolate deserts resolved to teach, by the blade and by conquest, the worship of God to a people who have for thousands of years been civilized and have relied on culture and knowledge and art as mighty edifices.

What have you, in the name of your “Allah-u-Akbar”, taught these armies of Islam besides destruction and pillage and murder that you now presume to summon others to your god?

We Iranians are a forgiving people, a kind and well-meaning people. Wherever we go, we sow the seeds of goodness, amity and righteousness. And this is why we have the capacity to overlook the crimes and the misdeeds of your Arabs. Stay in your desert with your “Allah-u-Akbar”, and do not approach our cities; for horrid is your belief and brutish is your conduct.” 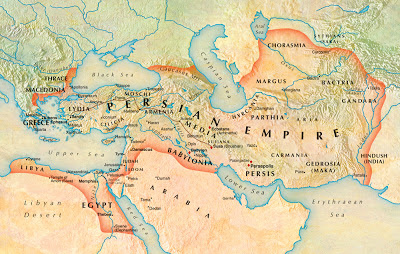 The Syrian Revolution is for the establishing of an Islamic state, and in so doing, Christians are being killed by the Islamist. But I fear the future, knowing that the time is coming in which a full out massacre will be implemented by the Islamist in Syria. The fall of Assad will mean a mass cleansing of anybody who believes in the Bible, since the Assad regime protects the Christian population.
Posted by BabbaZee at 3:13 PM