Why the Timeline if "The War is Lost"?

"I believe myself that the Secretary of State, Secretary of Defense and - you have to make your own decisions as to what the president knows - [know] this war is lost and the surge is not accomplishing anything as indicated by the extreme violence in Iraq..." Harry Reid (D-NV)

Sen. Reid thinks of himself as one who speaks unpopular truths (See JINSA Report #640). But he isn’t and he’s not too smart either. Of course there is “extreme violence in Iraq” – there is a WAR on! Which begs the questions: WHO is responsible, WHAT do they want, HOW would it impact upon American and allied security in the future, and WHY don’t Sen. Reid and the timeline-pushers appear to care?

WHO: Iran, Syria, al-Qaeda in Iraq (Sunni radicals formerly aligned with tribal leaders in Anbar, but now on their own), former Ba’athists and the Saudis. If we lost, they won.

WHAT: Control of Iraq as a power/oil center and as part of the larger spread of Sunni or Shiite radicalism, whichever wins. They target civilians because they can and Sen. Reid will say, “There’s extreme violence. We’ve lost the war. Let’s get out of there.”

THE IMPACT: If Sen. Reid has his way and we pull out, Iraq will suffer ever more.

Pay No Attention to the Jihadis Behind the Curtain!

Last night, NBC's Brian Williams asked the eight Democratic candidates to raise their hand if they believe there is such a thing as a global war on terror.

A review of the tape today shows that Biden, Edwards, Gravel, and Kucinich did not raise their hands.

Clinton, Dodd, Obama, and Richardson did.

THE HOMOSEXUAL ROOTS
OF THE NAZI PARTY


It was a quiet night in Munich. The people moving along the streets in the heart of the city were grim. They walked heads down, hands 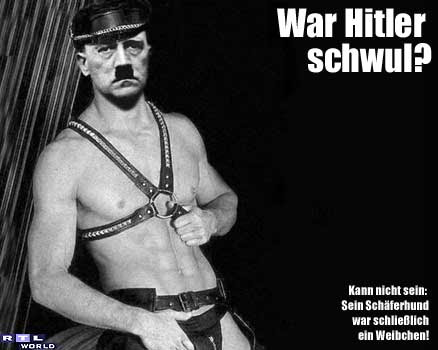 pall in the evening air; it was etched on the faces of the out-of-work soldiers deep in the pockets of their frayed coats. All around, the spirit of defeat hung like aon every street corner and in every café. Germany had been defeated in the war, but it had been crushed by the terms of the Versailles Treaty. Everywhere the people were still mired in depression and despair, several years after the humiliating surrender of Kaiser Wilhelm.

In this atmosphere the purposeful stride of Captain Ernst Roehm seemed out of place. But Roehm was accustomed to being different. A homosexual with a taste for boys, Roehm was part of a growing subculture in Germany which fancied itself a superior form of German manhood. A large, heavy man, Roehm had been a professional soldier since 1906, and, after the war, had temporarily lent his talents to a socialist terror organization called the Iron Fist. On this night Roehm was on his way to meet some associate who had formed a much more powerful socialist organization.

At the door of the Bratwurstgloeckl, a tavern frequented by homosexual roughnecks and bully-boys, Roehm turned in and joined the handful of sexual deviants and occultists who were celebrating the success of a new campaign of terror. Their organization, once known as the German Worker’s Party, was now called the Nationalsozialistische Deutsche Arbeiterpartei, The National Socialist German Worker’s Party — the Nazis.

The Muslim Mainstream and the New Caliphate 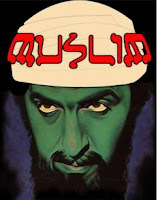 Writing in 1916, C. Snouck Hurgronje, the great Dutch Orientalist, underscored how the jihad doctrine of world conquest, and the re-creation of a supranational Islamic Caliphate remained a potent force among the Muslim masses:

...it would be a gross mistake to imagine that the idea of universal conquest may be considered as obliterated...the canonists and the vulgar still live in the illusion of the days of Islam's greatness. The legists continue to ground their appreciation of every actual political condition on the law of the holy war, which war ought never be allowed to cease entirely until all mankind is reduced to the authority of Islam-the heathen by conversion, the adherents of acknowledged Scripture [i.e., Jews and Christians] by submission.

Hurgronje further noted that although the Muslim rank and file might acknowledge the improbability of that goal "at present" (circa 1916), they were,

...comforted and encouraged by the recollection of the lengthy period of humiliation that the Prophet himself had to suffer before Allah bestowed victory upon his arms...

Islam is Inherently Evil and Must be Destroyed Utterly 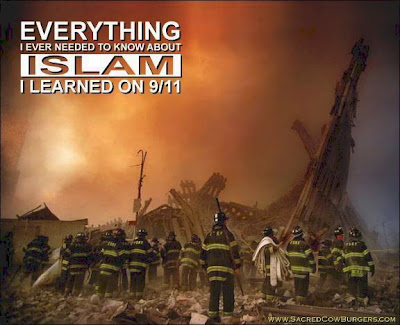 By their fruits ye shall know them